Ryan graduated from the University of Western Sydney in 2005 with a bachelor’s degree in applied science specialising in podiatry. He received high distinction for pathomechanics of locomotion, the study of finding pathology within human movement.

Ryan has worked in over 7 practices and 3 hospitals, recently left treating high risk patients in the vascular unit of Westmead hospital to focus on running, walking and sporting injuries.

The unit at Westmead  in wound healing and Ryan pressure tested patients using the pedar x insole gait and pressure analysis system. He then used the information to give advice on footwear and manufactured orthotics to offload areas of pressure and correct gait abnormalities.

Ryan has also worked with the Australian defence force as the senior podiatrist in the physical therapies unit at Duntroon, Canberra.
At Southern Sports Podiatry Ryan works mainly with triathletes and runners treating sports and other injuries, correcting biomechanical abnormalities, designing and manufacturing orthotics and sports orthotics, however does by no mean limit himself to this population specifically.

With a past in soccer, touch football oztag and more recently triathlon, Ryan has an intimate knowledge of all footwear including runners, walkers, soccer/football boots and hockey shoes.

Ryan also teaches people how to run to treat or prevent injury, and to increase gait efficiency and speed. It is from a Podiatric and Physiotherapy stand point through his business Integrated Running Solutions. This was developed after Ryan found a large percentage of patients foot problems, originated from poor core control, pelvic stability or upper body position.

As a Podiatrist the treatment often stops at orthoses, however Ryan found a lot of people after working on the above problems had much greater control over their bodies, and in many cases either didn’t require orthoses, or the effect of the orthoses was greater. So he teamed up with Lauren Atlee, physiotherapist and IRS was developed.

Note: Use the information on this site as a guide only. Always seek professional help with sporting injuries, footwear and orthotic treatment and advice. 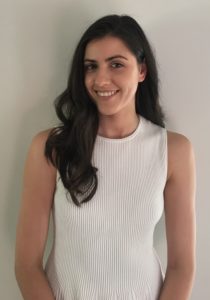 Monique Bakija grew up in Western Sydney and attended Western Sydney University where she graduated in 2016 with a Bachelor of Health Science and Masters of Podiatric Medicine. In 2016 she was awarded the Ted & Grace Renton Memorial award her studies in the field of Biomechanics in her last year of study.

Throughout her tertiary education, Monique was placed in Torquay VIC, Wollongong NSW and Galway Ireland and enjoyed the challenge of practicing in various locations and in rural towns. This challenge encouraged her to move to Dubbo NSW in her graduate year. The scope of practice seen in a rural setting allowed for Monique to see a wider range of patients and conditions, which was poignant in Monique’s early development as a Podiatrist.

Monique has a keen interest in all fields of podiatry, including diabetic foot problems, biomechanics and paediatrics. She is looking forward to starting work in a new environment back in Sydney and meeting the Sutherland locals.

Monique has always been an active person, having played netball since the year 2000, either at weekend sport, with in school or at indoor competitions. She also does enjoy running in her local area. 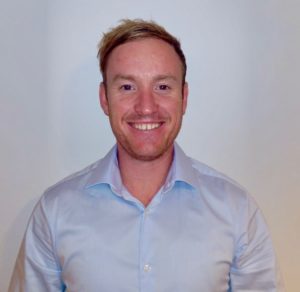 Gary McGill is originally from Edinburgh, Scotland. He has recently migrated to Australia in November 2017 obtaining his Permanent Residency and more recently gaining his professional registration to practice Podiatry in Australia.
Having graduated from Queen Margaret University, Edinburgh Scotland with a BSc Honours in Podiatric Medicine, Gary has gone on to work in various roles in both National Health Service (NHS) in Scotland and Private Practice. This has allowed him to develop skills and knowledge in all areas of Podiatry such as Diabetic foot care, Nail Surgery, Aged Care, Orthotic Therapy and all aspects of General Treatments.
Gary has a particular interest in the musculoskeletal injuries area of Podiatry. This stems from over 10 years experience in the running, footwear and skiing industry. Gary has found that this has been invaluable throughout his Podiatry career understanding and personally relating to patients experiences and injuries.
Continuing his learning and enhancing his skills are key focuses in his development as a Podiatrist where he commits to participate in further continual professional development. Gary enjoys working with the public to provide a friendly and professional service. This is very important to him which he describes as  the sole elements of where his treatment comes from – evidence based practice.
Outside the clinic he is a keen sports enthusiast which includes long distance running, gym training and road biking. Gary also enjoys spending time hiking and snowboarding. Gary loves to travel and has lived in France, Canada, Australia and New Zealand.
Gary is available on Thursdays at our Menai clinic 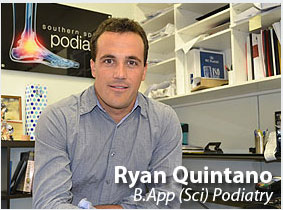 We are here to help you with...